What You Should Know About Pending Home Sales This Month 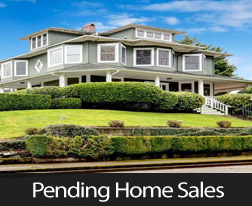 The National Association of REALTORS®, which released the report, expects lower home sales for the fourth quarter of 2013 and flat sales into 2014. NAR provided good news in its forecast of 10 percent growth in existing home sales in 2013 as compared to 2012.

A spike in mortgage rates in August coupled with rapidly rising home prices were seen as major factors leading to lower pending sales.

Real estate analysis firm CoreLogic has reported that August home prices were 12.4 percent higher than for the previous 12 months; this was the fastest annual growth rate for home prices since February 2006.

While positive news for homeowners and housing markets, rapidly rising home prices can cause some buyers to postpone or cancel their plans for purchasing a home.

In addition to higher mortgage rates and home prices, recent concerns of investors and consumers about the government shutdown and its consequences were noted as factors contributing to lower pending home sales.

The Federal Open Market Committee of the Federal Reserve meets this week and is expected to maintain its current level of $85 billion per month in Treasury securities and mortgage-backed securities. The fed’s program is intended to keep long-term interest rates, including mortgage rates, low as a means of supporting the economic recovery.

Mortgage rates are affected by bond prices; if the fed reduces its monthly bond purchases, demand for bonds would fall, and mortgage rates would be expected to rise.

Mortgage rates spiked in August on expectations that the FOMC would taper its monthly bond-buying, but have since trended lower.