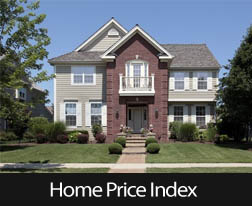 May home prices rose in all 20 cities tracked by the S&P Case-Shiller 20 City Home Price Index. This was the second consecutive month in which all cities posted gains.

According to the 20-City Index, home prices are 18 percent below their peak reached in mid-2006, but are 27 percent higher as compared to March 2012 lows.

More evidence of sluggish home sales was reported for June. The National Association of REALTORS® reported that pending home sales dropped by 1.10 percent in June. This was a surprise as compared to May’s month-to-month gain of 6.00 percent for pending sales.

On a positive note, the reading for the Consumer Confidence Index jumped from 85.20 in June to 90.90 in July. Expanding consumer confidence suggests that more families may decide to transition from renting to owning their homes, and that homeowners may feel confident enough to move up to larger homes.